This is the first in a series of informative articles brought to you by the Leeds Roofing Company, a third generation family of Leeds Roofers

Leeds Town Hall is undoubtedly one of the city’s most striking buildings. Situated in the heart of Leeds city centre, it has been a focal point for events and occasions throughout the years – and with good reason.

The town hall was built back in 1858 to symbolise the wealth of the surrounding area. Before its construction, the Moot Hall at the top end of Briggate served as the city’s town hall. Council meetings and judicial business took place at the site, until it became evident that Leeds was in need of something on a much grander scale.At first, funds for the town hall were going to be raised through the sale of shares, valued at £10 each. However, this attempt at fundraising failed and instead it was proposed that a special rate should be levied so construction could take place. It was at a council meeting in January 1851 that proposals for a new town hall were officially put forward, and votes in favour outweighed those against by 2:1. The council decided to run a competition to determine who would design the town hall. It was won in 1852 by 29-year-old Cuthbert Broderick, a relatively unknown architect from Hull who entered the competition contrary to his mother’s wishes. And so construction began on the Leeds Town Hall.

The Victorian architecture can be seen for miles, and one of the most striking features of the building is undoubtedly its roof. The domed structure is impressive, while the lead roof is complemented with Darley Dale stone that was considered quite a luxury in its day. Top it off with Portland stone lions and there is a town hall that the people of Leeds were proud of back in the 19th century, and still are today.

The project wasn’t short of controversy in the early days. There was plenty of disagreement over what style the building should be constructed in, as well as what the hall would eventually look like.

Building work finally finished and was, perhaps unsurprisingly, over budget. Leeds Town Hall was completed at three times the original estimate, and was hailed as the world’s first municipal palace.
Queen Victoria officially opened the city’s new town hall, bringing hoards of people to the streets to watch this monumental occasion. Even to this day, this event is still considered to be one of the most significant ever to have been hosted by the city of Leeds.

The uses of Leeds Town Hall have evolved over the years. It traditionally housed police headquarters, law courts and council chambers, but these days it has many more purposes. Leeds Town Hall has made a name for itself as a popular concert venue, and there’s even a coffee shop and bar inside.
Tours are available to give a behind the scenes look at this renowned structure. Visitors can see the Victorian prison cells that the building was once home to, as well as climb 203 steps to the top of the clock tower.
Roof repairs are currently in the pipeline after funding was secured from Leeds City Council. Concerns were raised that the main Victoria Hall’s ornate ceiling could be under threat, so work to rectify the building is now being considered.
Leeds Town Hall has stood proud in the city centre for many decades, and is still as important to local people as it was on the day it was first opened.

About the author: roofing 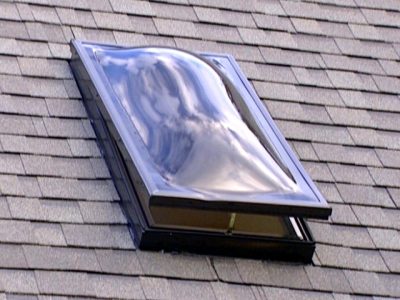 My skylight is letting a draft in?